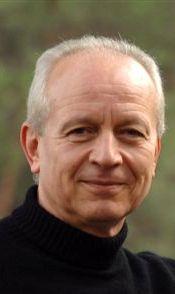 After attending Istanbul Erkek Lisesi, Robert College(BSc) and Virginia Tech (MSc) Melih Fereli (1948, Istanbul) joined the management team of Lucas Industries PLC in England and served at senior levels focusing on strategic and marketing planning. He was a singing member of the Philharmonia Chorus, London (1979 – 1992) and a Board Member (1985 – 1992).   During 1993 – 2001, Fereli served as Director General of IKSV (The Istanbul Foundation for Culture and Arts) and is currently working as the Founding Director of Arter – Space for Art, an initiative of the Vehbi Koc Foundation. In 1998, Fereli was decorated with an OBE by H M Queen Elizabeth II for his services to Anglo–Turkish cultural relations. In addition to his native Turkish, Fereli speaks English and German fluently, and is the father of Altay (1987).