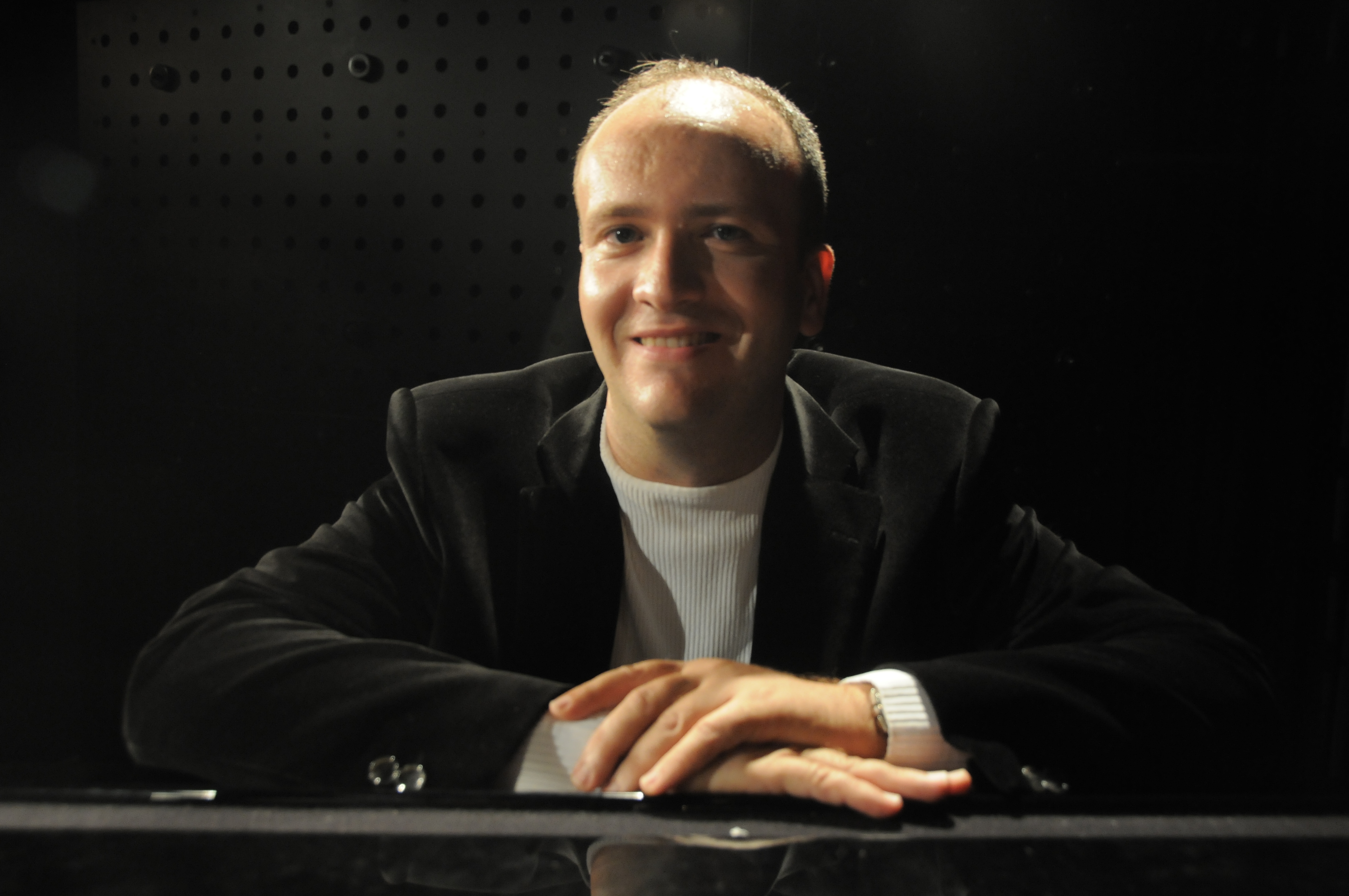 Born in Istanbul in 1976, Jerfi Aji started his piano training at the age of five with private lessons from Zeynep Aksoy Eğilmez. He continued his piano studies with Hülya Ardıç, while pursuing a bachelor’s degree in textile engineering at ITU. Aji then completed a Master of Music at ITU’s Dr. Erol Üçer Center for Advanced Studies in Music (MIAM), where he studied piano with State Artist Ayşegül Sarıca. Meanwhile, he also earned an M.Sc. degree in Industrial Engineering at Boğaziçi University. In 2006, Aji was accepted to the Peabody Conservatory of the Johns Hopkins University, where he completed his doctoral studies in piano performance (DMA) with Marian Hahn in 2011. During his studies there, he was granted a graduate teaching assistantship in opera accompaniment. Jerfi Aji performed in masterclasses with Leon Fleisher, Murray Perahia and Jerome Rose, and participated in the ARIA International Summer Academy in Muncie, Indiana, and the International Keyboard Institute and Festival at Mannes College of Music. He also studied with prominent pianists and pedagogues, including Thomas Hecht, Dimitry Rachmanov, Angela Cheng and Ali Darmar, among others. Jerfi Aji has given solo recitals and chamber music concerts in Turkey and the US, collaborating with artists such as James Buswell, Amit Peled, Carol Ou, Ellen Jewett, Michael Berkovsky, Hüseyin Sermet and Cihat Aşkın. He has performed as a soloist with the Bursa Regional State Symphony and Çukurova State Symphony orchestras. Aji is a member of “Trio Kuvars Viyolet”, with clarinetist Evrim Güvemli and cellist Rahşan Apay, and the MIAM Modern Music Ensemble. In 2011, Aji was recipient of the Frances M. Wentz Turner Memorial Prize in Piano presented by the Peabody Conservatory. Along with an active performance career, Aji also teaches courses such as Introduction to Music Theory, Classical Form Analysis, 20th Century Piano Literature and Chamber Music as a faculty member at ITU-MIAM.