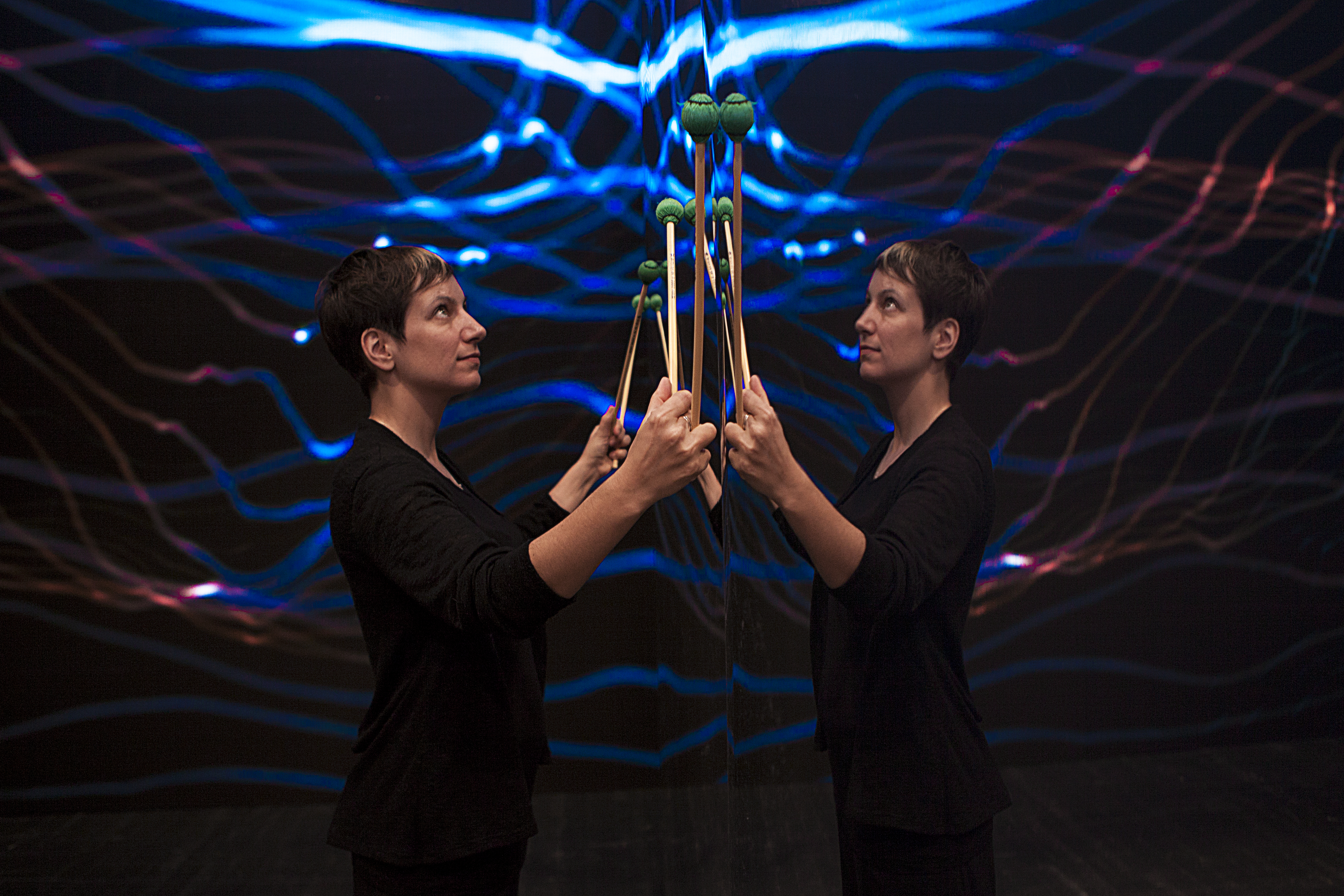 Percussionist Amy Salsgiver has lived in her adopted home of Istanbul for over a decade and originally hails from Cleveland, Ohio. From early on she was active in orchestras, wind ensembles, marching bands, and musical theatre. These rich early experiences paved the way for her diverse interests as a performer. Amy earned a Bachelor of Music degree at the Manhattan School of Music, where she continued to diversify with classical and contemporary music, Afro-Cuban music, and the West African gyil. Subsequently, she moved to London where she earned a PGDip in solo/ensemble performance at the Royal College of Music.  Eventually, Amy found herself transplanted in Istanbul’s vibrant musical world. She is on faculty at Istanbul Technical University’s Centre for Advanced Research in Music (MIAM), where she created a multi-faceted percussion program. She directs the MIAM Percussion Ensemble and performs with the MIAM Modern Music Ensemble. Passionate about new music, Amy is a founding member of the internationally successful contemporary music ensemble Hezarfen and the co-founder/leader of the percussion group sa.ne.na. Both ensembles have been responsible for numerous Turkish and World premieres.  In recent years she co-created the Naked Drum Project, and performed with the Istanbul Modern Music Ensemble led by Kamran Ince. She has been a member of the renowned Borusan Istanbul Philharmonic for over 10 years. Never content to identify with a single genre, Amy is also active in the free improvisation and rock music scene in Istanbul. You can hear Amy performing on albums by Cagil Kaya, Ceylan Ertem, Sirin Soysal, 123, and in a compilation representing Istanbul’s improvisers released by Wired magazine.