The 13th Sesin Yolculuğu Young Composers Festival, attended by 3 students from ITU MIAM (Tuğçe Albayrak, Batu Certel, Bike Öner), will be held this year at the Cemal Reşit Rey Hall on May 1st.

The “Sesin Yolculuğu” festival, which has been held regularly since 2006, is organized by the joint venture of the Conservatory, the Faculties of Performing Arts and the Faculties of Art and Design departments of the 13 universities in Turkey that provide education in the field of composition; In addition to being planned for the purpose of performing, bringing together and archiving the works of young student composers, it is also the only festival in the world with such a high participation.

Bringing together the qualified production in the field of composition in Turkey for 12 years with young and professional performers, the festival has been under the coordination of Özkan Manav, a distinguished composer and academician from MSGSU State Conservatory until now; It has been performed in important halls such as ITU Mustafa Kemal Hall and Süreyya Opera House, and has pioneered the performance of hundreds of works by more than 150 young composers. The festival brings together leading national and international ensembles such as Divertimento Ensemble, Hezarfen Ensemble and Diskant Contemporary Music Ensemble with students; It also undertakes the mission of creating a large archive that will benefit future generations by recording (audio and visual) the works of young composers who are open to the latest developments in music and have a broad vision that brings music and technology together.

The festival which is coordinated by Mehmet Ali Uzunselvi, one of the composers of the Istanbul Composers Collective (ICC) since 2019, has been postponed for 2 years due to the pandemic and continues on its way in 2022. The festival, which will be held for the 13th time this year, with concerts to take place on Sunday, May 1; aims to bring new and original productions of all student composers between the ages of 10 and 30 to the audience. In the first two sessions of the festival, which will consist of three concerts in one day, works performed by instrument students studying at various universities in Turkey will be predominantly performed, and in the third and last session, Anatolian Wind Quintet, one of the leading ensembles of our country, will take place. The ensemble, which was established in 2014 and stands out especially with the performances of works written by Turkish composers for wind instruments, will perform new works composed as of 2020 within the scope of this festival.

Sesin Yolculuğu Festival which will be held free of charge at the Cemal Reşit Rey Concert Hall, invites listeners of all ages and professions to a highly immersive and colorful experience. 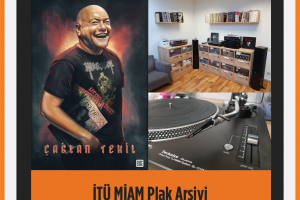 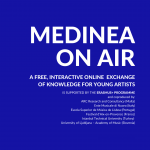