EMS Elektronmusikstudion, from the 1960-ies to today.
The talk will present the story of the Swedish Public service radio as the force that created the foundation of todays Swedish cultural scene.
And the current institution EMS and its work for the future….

Mats Lindström work as a composer and a musician, often with live-electronics and with live performance, intermedia, scenic elements and visual arts as a complement to the music He has worked with music for theatre, radio art and dance. Lindström has designed and constructed a number of unique electronic musical instruments and apparatuses. During the 1990s he worked for the Fylkingen society, both as a producer and as Chairman. Since 2004 he is the artistic director of EMS, Elektronmusikstudion, in Sweden. He regularly gives lectures on sound art and the history of the Swedish electronic music scene.

Lisa Stenberg is a composer and musician hailing from Luleå in the north of Sweden, based in Stockholm, known to create immersive instrumental and electroacoustic music unfolding and expanding in both time and space, often drone-based and slow, characterised by gradually evolving and sustained sound.

Her music has been performed in Europe and Russia at festivals like Donaufestival (AU), Norbergfestival (SE), OSA Festival (PL), Inversia (RS), Intonal festival (SE), SONICA festival (SI) and in various music and arts venues around the world.

The drone suite Monument composed on the historical analogue/digital hybrid synthesizer EMS Synthi 100, was originally commissioned by the renowned art festival documenta 14 in Athens, as part of a collaboration between KSYME-CMRC, documenta 14, Elektronmusikstudion EMS and Fylkingen to restore and reactivate KSYME-CMRC’s synthesizer that had not been working for more than 20 years. Monument was premiered at Athens Concert Hall during the festival and later released on cassette label Ambitious Tapes.

Recent work includes a cycle of pieces exploring the swedish folk instrument cittra paired up with electronics and feedback, and long durational compositions recorded on the EMS Synthi 100 in Electronic Studio at Radio Belgrade, re-amplified in the grand concrete halls of Ställbergs Gruva – a former iron mine hidden in the woods of Sweden. 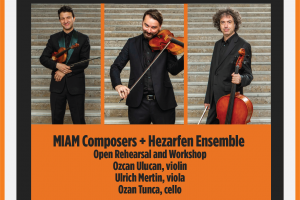 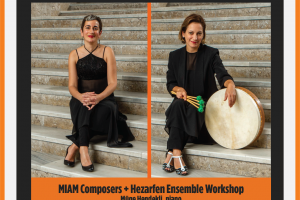 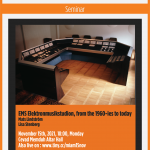 EMS Elektronmusikstudion, from the 1960-ies to today